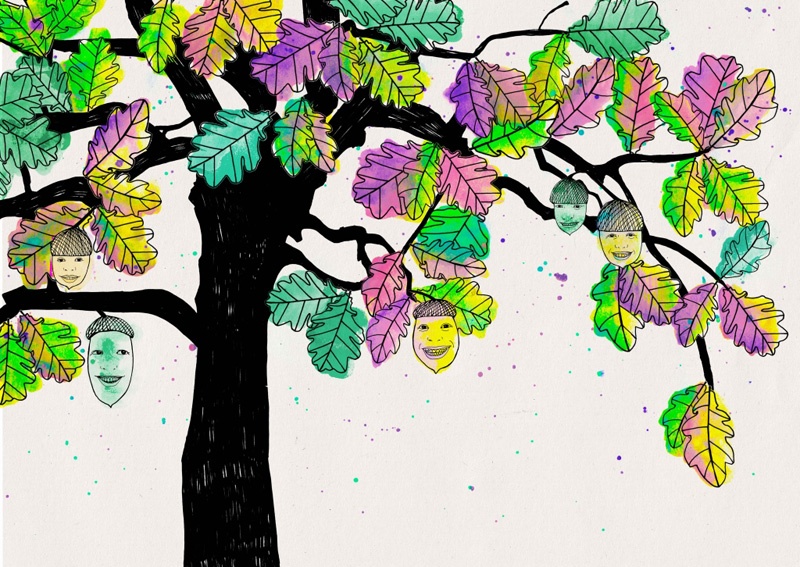 Transform what doesn’t serve you anymore. It’s the title of chapter eight of the book that I’m currently working on with illustrator MietzeB (see the image above). Chapter eight has been something. I wrote a first draft that was merely more than an idea.

After I decided to start all over again, rough draft number two saw the light. For sure, it was much more comprehensive than the previous one. But this second version got me into real trouble. No flow, no inspiration. Only fearful thoughts surfacing: ‘What will people think of me when they read that? I don’t want to be held as a victim.’ And this one: ‘I don’t want to hurt people in my direct surroundings who I love.’ The superfluous worry literally stopped me in my tracks.

I tried to deal with it by following my ‘favourite’ strategy: ‘Alright, here we go. Seven chapters down already, only three more to be done. Foot fully on the gas and go! Let’s get this thing over with.’

Didn’t work. I still felt tired from finishing chapter six and seven, putting in every minute left in the day (and night!) in order to send it off to my proof-reader. Pushing through obviously didn’t serve me and I decided to take a break from writing and ironed for an evening. (The laundry had been piling up into two massive baskets. Not a pretty sight.)

We are now two weeks further ahead. The baskets are empty and chapter eight has been finished. Hooray! I just reread my writing to realize that I’m quite happy with it. So what made the change? What got shifted within me, that allowed me to move on?

I asked people to help me.

Asking for help has been the main strategy that has kept me going throughout this entire project. From the very first conception of the book idea a couple of months ago, until this very moment in which I can feel that -although not quite finished yet- I will complete it, I have surrounded myself with people who want to collaborate with me on this.

At a very early stage, I started speaking about the book with colleague coach and entrepreneur Simone who has been my accountability buddy for almost a year now. We get to speak for an hour every week in which we share how last week went, where we are with our projects and what our plans are for the week ahead.

Our accountability sessions do miracles for me. It means that on a Friday late afternoon, when there’s only fifty five minutes left for writing, I do get to finish my first draft of chapter one and two. It is what we discussed at the beginning of the week. Our next appointment is getting closer and closer so I better get my act together and do it right now!

I also asked friend and illustrator Mietze very early on in the process. When I only had a very rough draft of two third of the book in place, I invited her for a coffee. The good thing was that Mietze was very excited about the concept and the ideas I shared with her. Her enthusiasm helped me to start believing that I would actually finish my very first book! With Mietze on my site, I became more courageous and more self-confident. This wasn’t just another little, this was something. And I could sense that the two of us were going to have some fun creating it.

A couple of weeks later, after I had finished the draft version of the first four chapters, I asked another collaborator. Marjolein, also a friend, is now proofreading my texts. This fact alone, enabled me to speed up my writing process. Chapter five, six and seven got written pretty fast, as now there was someone waiting for new material. The funny thing is that Marjolein used to be a professional editor which I didn’t know about. Fabulous help again!

Then there was THE chapter eight, the one that I worked on really hard, but didn’t want to come together. With the iron in my right hand, I decided to leave the writing for another two days.

Then, on Tuesday night, I had my first online meeting from Transition Headquarters, a group that I initiated last February. We are eight women from all sorts of backgrounds who feel inspired to bring our life’s work into the world. We believe that the caring connection between the eight of us enables us to share our missions more easily and joyfully.

Although Transition Headquarters is still in its experimental stages, on that Tuesday night I could already feel the potential power of this group. Our online meeting provided me with the safe environment in which I could share where I was: completely stuck in my writing. Having this group of women available for me and deeply listening to what I shared, made me understand how scary it felt for me to write this chapter on healing.

It worked! I could feel the internal shifts that immediately occurred after I had acknowledged how vulnerable the writing made me feel. That was an important step that I had overlooked before. A couple of days later, the job was done.

A question for you: Is there an area in your life where you feel you could use some extra help? Are you giving yourself permission to reach out to someone and ask for it? I would love to hear from you in the comment’s section. Thank you for sharing.

In case you want to explore how sharing, collaborating and mutual support can help you create momentum in your own projects, check out my new Micromastermind Gewoon Beginnen. We are starting in a week from now, on October 15th.

For non-Dutch speakers: the title of the Micromastermind means Getting Started. This time around, the program will be in Dutch, but there will be opportunities for you in the near future. Just keep an eye on my website. 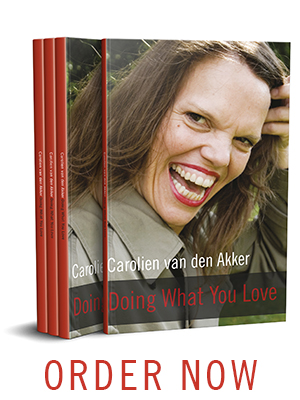 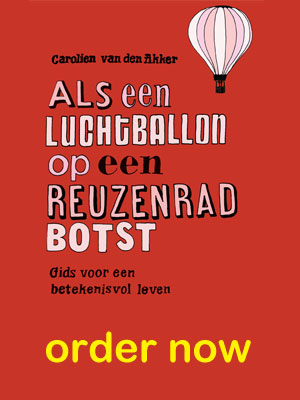 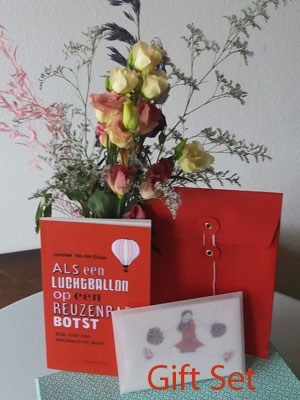